Studying in non-designated schools is not viable for many ethnic minority students, as the curriculum often assumes that their first language is Chinese. The education policy gives rise to de facto segregation and the Race Discrimination Ordinance provides that racial segregation constitutes discrimination. 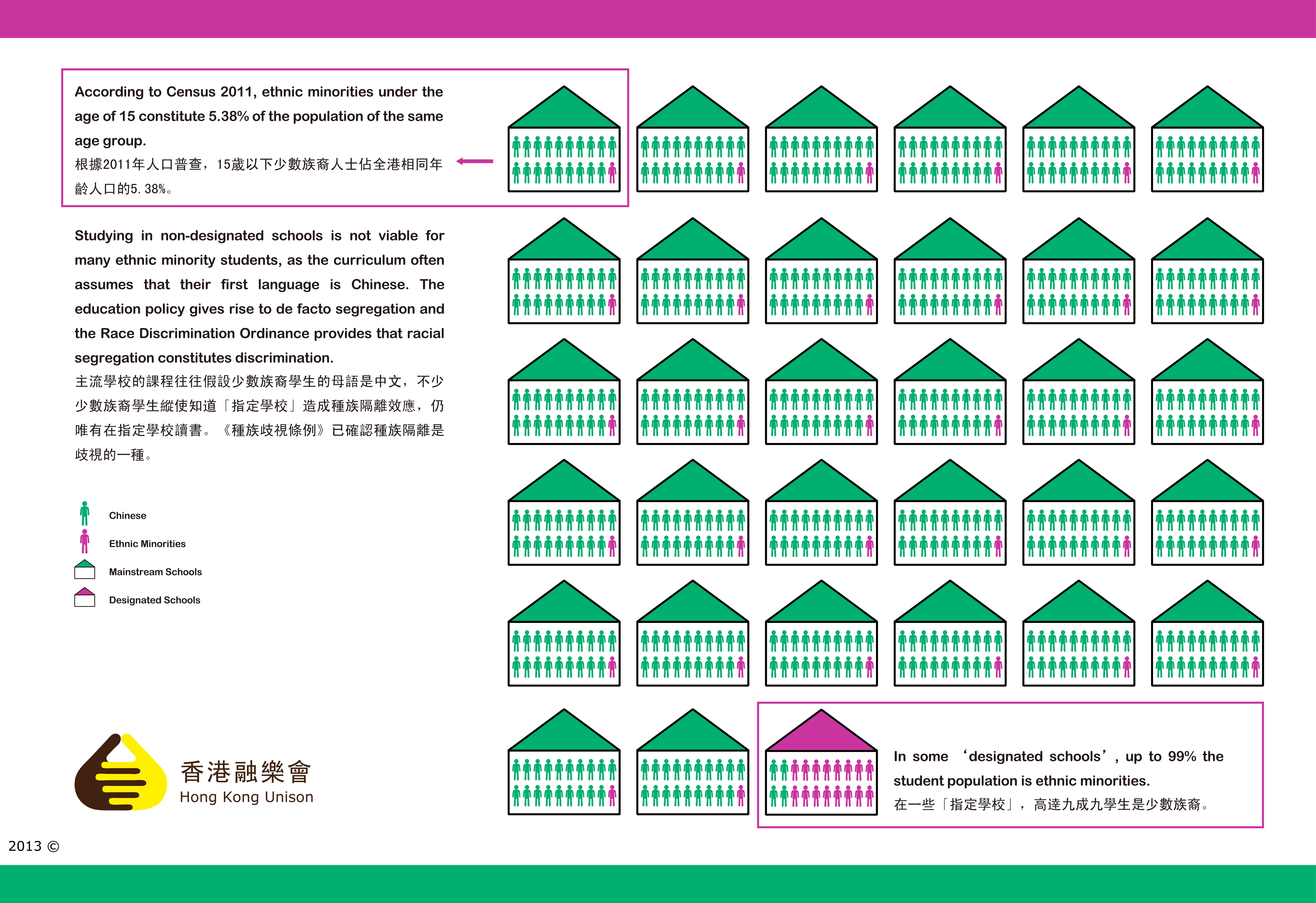