Most ethnic minority students come from families who are non-Chinese speaking [1].

27% of the low-income South Asian parents of kindergarten students were “weak” in Cantonese; 27% could not speak the language at all. [2]

Nearly 50% of the ethnic minority respondents could speak Chinese, only 10% of them could read Chinese and only 9.5% could write Chinese. [3]

A survey of ethnic minority students aged 12 to 23 found that more than 60% of the students overall and 50% of the senior secondary students surveyed had a Chinese proficiency that was only comparable to that of an average local primary student. [4] 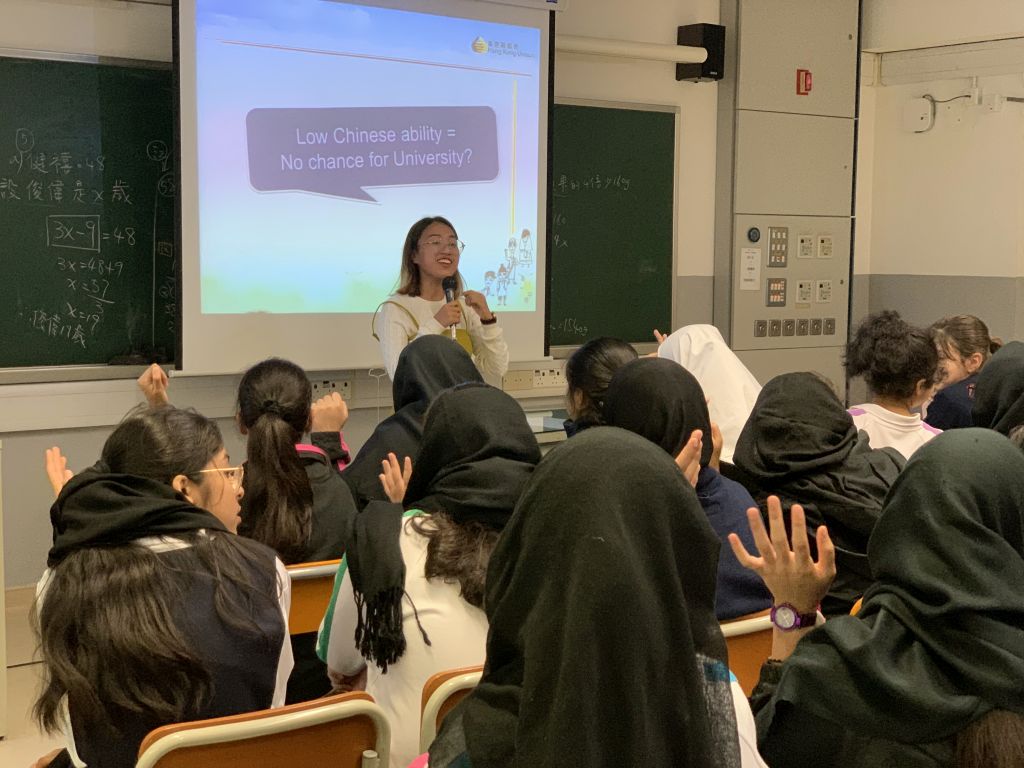 Hong Kong Unison believes that improving Chinese language education for ethnic minority students is key to improving their development and life chances, which contributes to social mobility. However, the existing language-in-education policy is seen to have created educational, interpersonal and linguistic inequities for ethnic minority students whose mother tongue is not Chinese.

Learning Chinese is not easy for them because the curriculum of Chinese Language subject taught in schools is primarily designed for students who speak Chinese as a first language, and does not take into account the language of non-Chinese speaking students. Language barriers also make it difficult for ethnic minority students to master subjects taught through the Chinese medium. Needless to mention, the assessment tools used with Hong Kong students are designed for first language speakers of Chinese, not for non-Chinese speaking students.

It was reported that many ethnic minorities graduating from secondary school could only attain a level of Chinese proficiency equivalent to a mainstream Primary Two or Three student, which does not qualify them for further studies or meaningful employment.

The Government launched the “Chinese Language Curriculum Second Language Learning Framework” in 2014 with the aim to support non-Chinese speaking students in learning the Chinese language. In principle, teachers can refer to the "Learning Framework" to set progressive learning targets and expected outcomes, adjust the school-based curriculum and teaching strategies, with a view to cater for diverse needs and abilities of students. However, the effectiveness of the measure is in question. The Equal Opportunities Commission urged the Education Bureau to take speedy action to plug the gaps in the Learning Framework and to improve the training and support for teachers, minority students and their parents.

In view of redressing the situation, Hong Kong Unison calls on the Education Bureau to formulate a sound Chinese-as-a-Second Language Policy with stage learning objectives, coupled with suitable teaching method to teach students whose mother tongue is not Chinese. That is the way to enable ethnic minority students to reach similar levels as their Chinese peers.

The policy is expected to cover guidelines, initiation procedures with a focus on the development of Chinese language competencies, concrete curriculum with stage learning objectives to ensure equity for ethnic minority students, performance indicators and assessment tools for effective monitoring on Chinese learning. The policy should also include the provision of teacher training on how to support ethnic minority students. Only when these are in place, can ethnic minority students be able to acquire Chinese progressively and bridge over to the mainstream Chinese class.